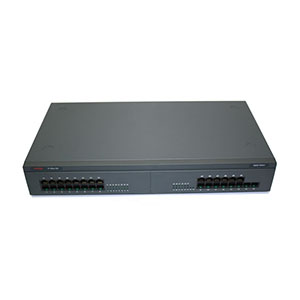 The Avaya IP500 Digital Station 30 external expansion module is supported by IP Office Release 9.1. Each module uses an external power supply unit and power cord for the PSU must be ordered separately.

The external module can be stacked on top of the control unit. They can also be wall or rack mounted using one of the IP Office mounting kits .

The Avaya IP500 Digital Station 30 (700426216) sells in Refurbished Condition and as always it will be delivered in A++ condition.